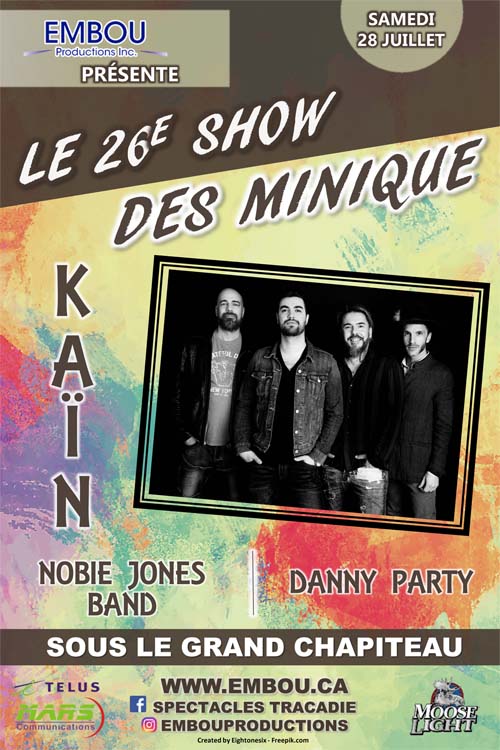 Package for all 4 Shows

Since 2014 Embou Productions Inc. has been producing great music festivals and live performances in New Brunswick. Our president, Emery Bourque has been working in the industry fo over 20 years. Embou Productions Inc is based out of southeastern New Brunswick and founded by Emery Bourque to promote and aid various artists in Eastern Canada. We specialize in the field of co-production and show productions. In the years that Mr. Bourque has been working in the industry, he has produced or co-produced a number of national and international artists, such as Burton Cumming’s, Nazareth, The Stampeders, Sass Jordon, Gowans, CCR, Fog Hat, Steppenwolf, Trooper, Kim Mitchell, Travis Tritt, Charlie Daniels Band, Roch Voisine, André-Philippe Gagnon, etc.

Over the years, Mr. Bourque has also co-produced several tours throughout New Brunswick, Prince Edward Island, Nova Scotia and Quebec; such as: 30th anniversary of the legendary Acadian group 1755, Cayouche, the Trio – Acadian and most recently Les Gars du Nord (Christmas shows), which he’s been involved with for a number of years. 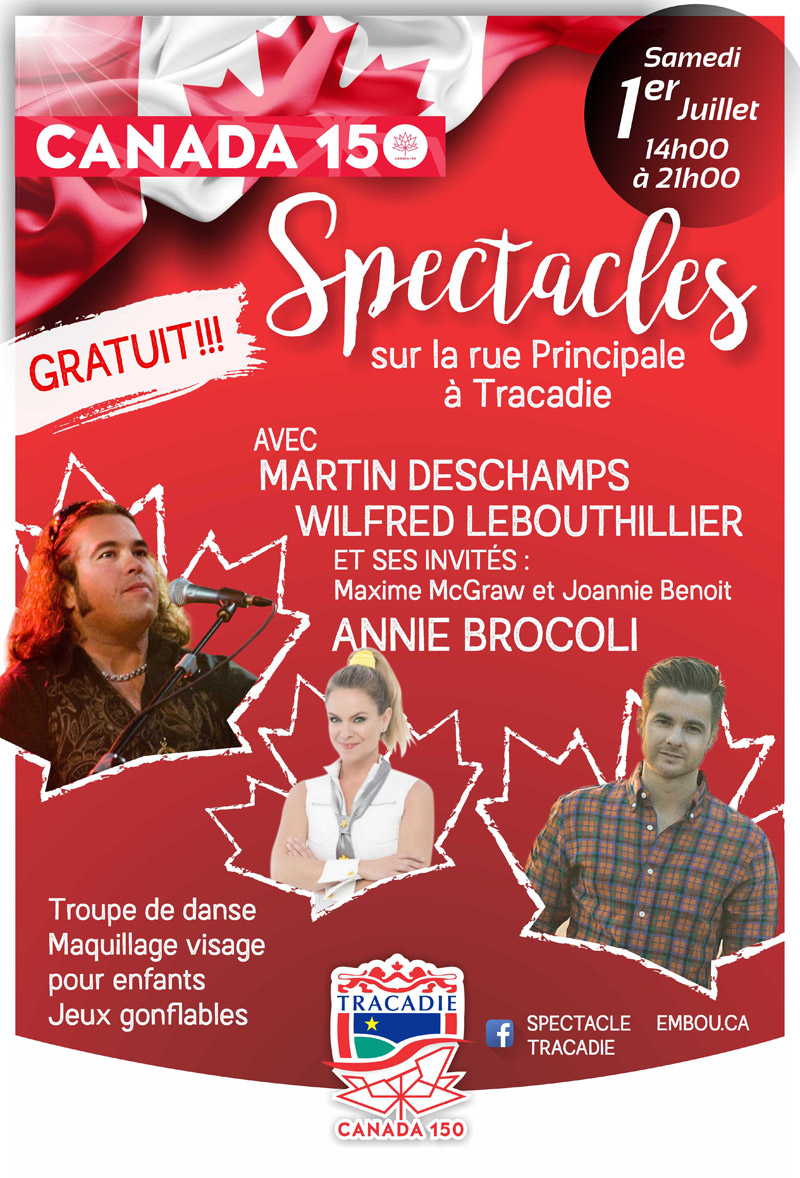 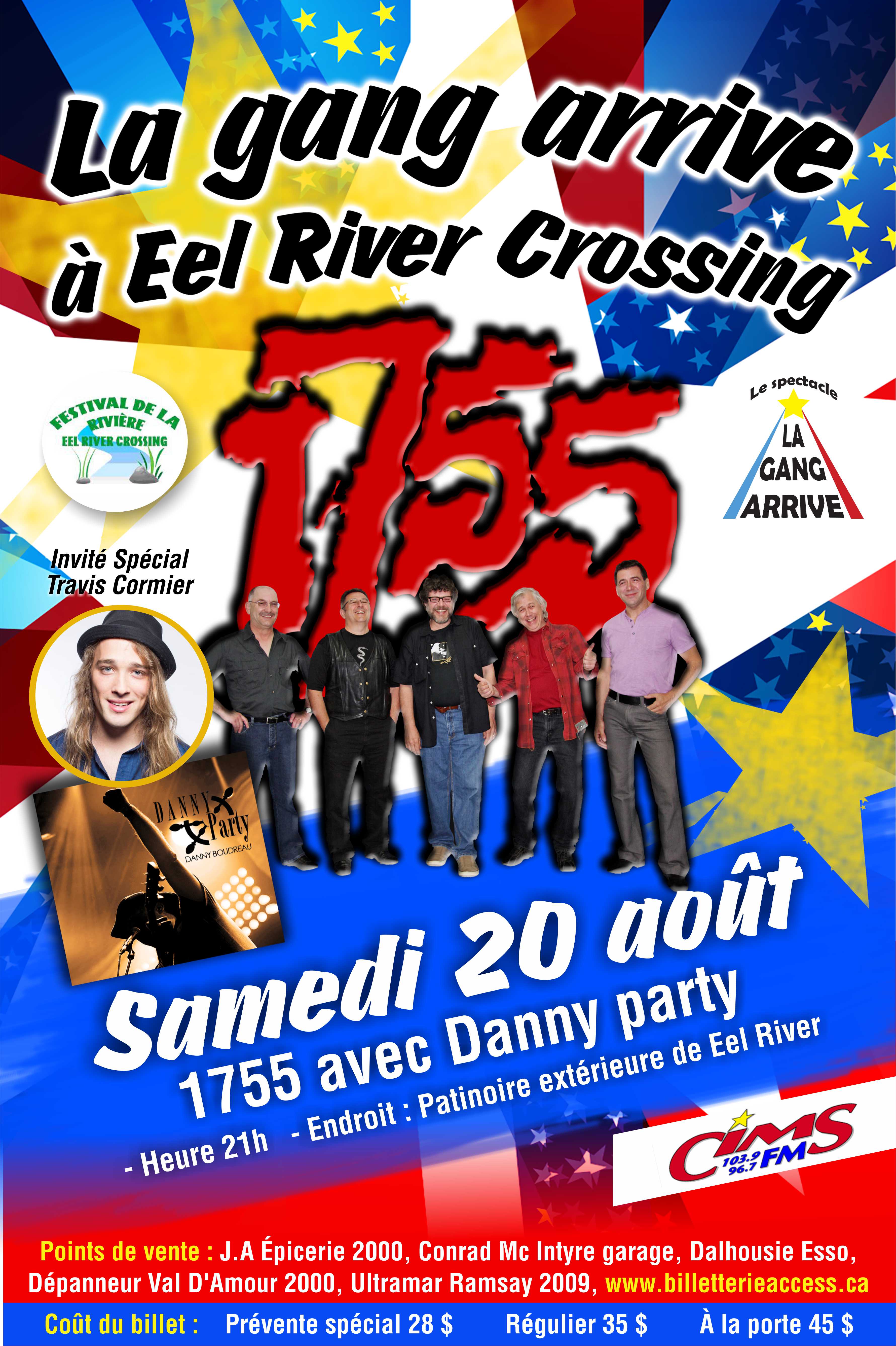 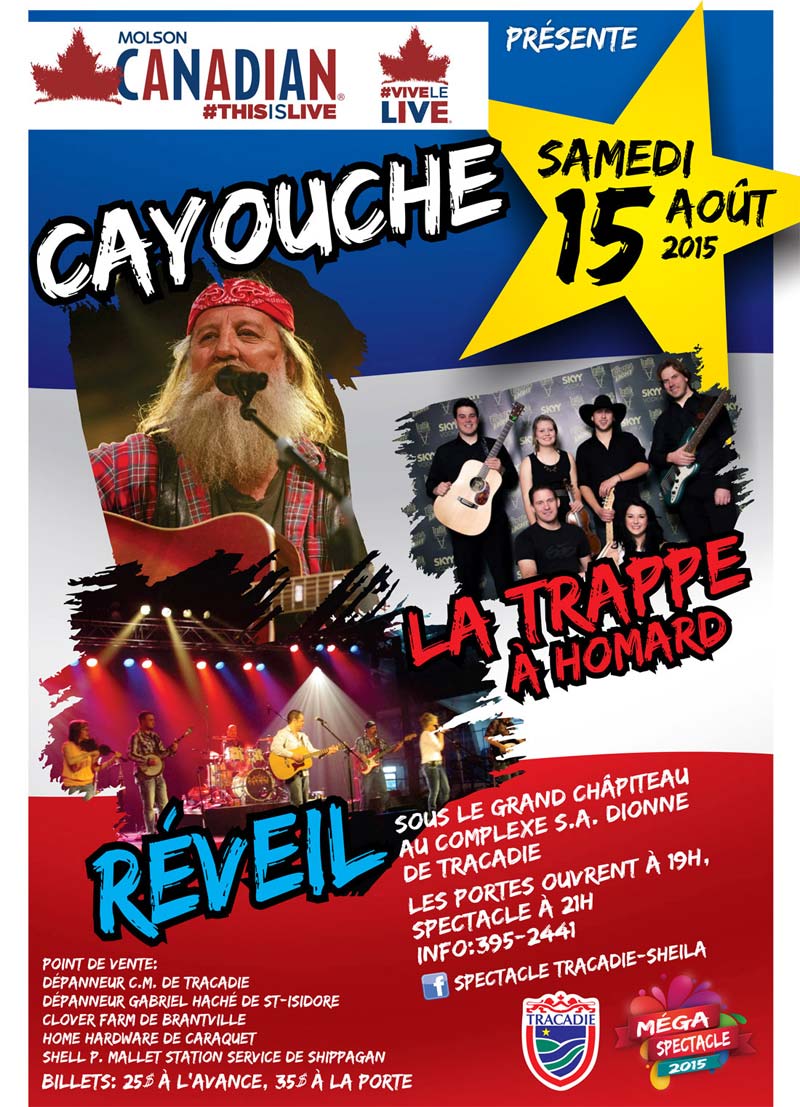 Our mission is to effectively bridge the gap between artists and event organizers, concert promoters, as well as festival organization committees, and to expose the talent on all possible mediums.

Our specialization is operating with a shared risk framework between the producer and the broadcaster like the theatres, artists, organisational committees, festivals and municipalities.

These are the various festivals we’ve worked with over the years:

We’ve also had the privilege of working with a variety of cultural societies of many communities around New Brunswick, PEI and Nova Scotia such as Kent South, Neguac, Dieppe, Tracadie, Caraquet, Campbellton, Kedgwick, Lamèque, Fredericton, Saint John, Moncton, Dartmouth and Summerside.